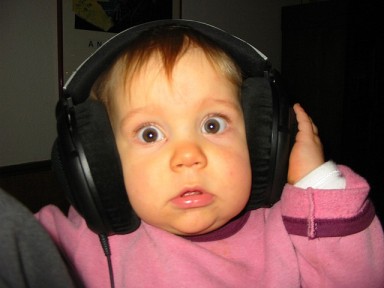 How much hard drive space would be required to record all the sensations that we experience in a day?

The most natural way for humans to store sound is two arrays of frequencies.  This makes sense because we have sensors in each of our ears that respond to frequencies of pressure.

I think the most natural way from humans to store taste is a five dimensional array of flavors for the intensities of sweet, sour, bitter, salty and umami.  But maybe there would also need to be spiciness and even the temperature of the food?  Has anyone ever tried to record a taste and replay it?

I’m less sure about smells.  I think every smell is a different chemical reaction in our nose, so it seems like the best way to describe a smell would be a long list of the intensities of various chemicals.  But maybe there is a hidden deeper structure.

I wonder even more about touch.  Surely to fully describe all the touch sensations in a moment in time you would need to record temperature and pressure everywhere in the body.  I’ve read that the feeling of wetness is just the feeling of cold plus light temperature and that it’s surprisingly easy to trick the body into feeling wetness with cold light pressure.  What about itchiness and numbness?  Is the heat from a rash the same feeling as heat from a stove?

I am the most unsure about internal sensations.  Is there one kind of nausea or many types?  I think I can imagine at least two.  One kind of headache?  What about tiredness?  Intoxication?

And does it even make sense to include feelings in this discussion?  Certainly we recognize a common set of feelings such as happiness and anger and we know that we can combine them in different ways.  We can even combine opposites – I think that it’s possible to be happy and sad at the same time, which means they would have to be recorded separately.

Even if you add up all the different smells and internal feelings, I think recording all of the light that hits our eyes might be more data than all of the other sensations combined.

View all posts by lbiewald